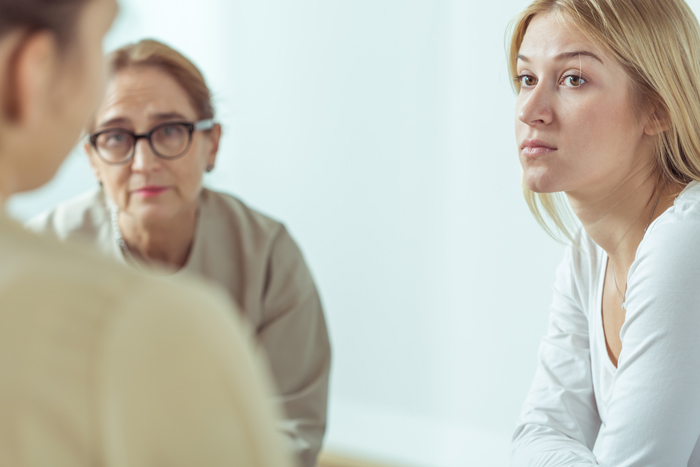 Social work and human trafficking are linked in that social workers have a unique and valuable role in the fight against human trafficking, helping victims and fostering a greater understanding around the issue.

A 15-year-old runaway in a rural roadside motel. A middle-aged man picking tomatoes in a Georgia field. A twenty-something woman babysitting children at a New York City playground. These seemingly disparate individuals have one thing in common: They’re among the estimated 27 million people in the world who are victims of human trafficking, in which vulnerable individuals are brought into sexual acts, labor, or other forms of exploitation through fraud, coercion, or the use or threat of force.

Social workers are in a unique position to make a difference in this crisis, and many are already doing so through education, advocacy, and more targeted, informed, in-the-field interventions.

Get Our Free Guide to Earning your Social Work Degree Online

An elusive and growing crisis

After drug trafficking, human trafficking is the second-most lucrative illicit enterprise in the world – and the fastest growing, generating global profits of around $44.3 billion each year.

“Push and pull” factors account for its presence. Victims are pushed into human trafficking because of poverty, limited employment and educational opportunities, economic and political instability, natural disasters, family violence, and conflict-related displacement. Meanwhile, demand for cheap labor and services and higher wages create a “pull.”

The most familiar images of this crisis are international: child factory workers in Asia, and young women sold into sex work in Eastern Europe. However, human trafficking’s victims include approximately 200,000 people in the United States, working in both cities and rural areas in a variety of situations – domestic servitude, agricultural work, the hospitality industry, peddling and begging rings, even traveling crews selling magazines.

Many of these individuals are slipping through the cracks, especially among particularly vulnerable populations like youth. In a recent study involving clinical vignettes, less than half of social workers were able to correctly identify victims of human trafficking.

Through outreach to schools, peers, the profession, and connections to useful resources, social workers are addressing this information gap. For instance, general clues for labor trafficking might include:

For youth, particularly related to the sex trade, trafficking victims might:

Read more: Social Workers Are All Around Us [Infographic]

Helping trafficking victims and connecting them to assistance for housing, food, medical care, and safety requires a skill set both broad and deep. Counseling and therapy will encounter issues of culture, power, and privilege in action. Social workers dealing with survivors directly should be familiar with anti-trafficking laws, and throughout, take into account the full range of these clients’ unique and complex needs.

For example, the circumstances of youth human trafficking victims are different than those of neglected or abused children. They may need to be placed in more secure facilities, due to traffickers trying to convert them back, and may be seen as willing participants, not innocent victims. Due to strong trauma bonding, many have deep attachments to their traffickers and lifestyles, despite the negative reality, and may not feel like they’ve been rescued.

Motivational interviewing – for instance, focusing on safety first, then arguments for leaving the lifestyle – can be used to build the trust and rapport necessary for victims to continue with social services. Throughout, it’s important for social workers “to remain non-judgmental and to not impose their own beliefs,” says individual and family therapist Carly Kalish.

Reshaping perceptions – and the system

How can we as social workers more effectively identify and engage human trafficking victims? How can we fulfill our social justice mission with more humane policies, policies for individuals who often feel trapped in their situations?

The NASW’s National Committee on Women’s Issues has been updating its policy statement on what human trafficking looks like and what social workers can do. And social workers are already taking to the field to make it happen. The Human Trafficking Intervention in New York State, for example, is working within the legal system for interventions that focus on assistance, not criminalization.

Legal Aid Society attorney Abigail Swenstein says her clients are “engaging in prostitution in order to survive, to provide for their basic needs.” Through the initiative, human trafficking victims like these are being connected to counseling services instead of jail time, with the ability to have charges removed from their records.

If you are interested in pursuing your Master’s in Social Work, or even if you’re simply interested in discussing the program, please reach out to an Enrollment Counselor at (207) 221-4143 or via email at socialworkonline@une.edu. You can also download our program guide for more information: